Running through ideas for more voice recordings, I thought the description of the acceptance testing would be of interest.

Only one flying boat had been through the acceptance testing and flown – Canopus ADHL, in the summer of 1936.

The second off the production line was crated up and shipped to the USA.  I don’t know whether this meant it had been through acceptance testing or not [I guess it didn’t, which is why Centaurus got ahead in the alphabet registration].  Presumably it would have to go through them all again when it was assembled on the other side of the Atlantic.  Geoffrey mentions this, talking about ‘difficult attitudes’ with the USA about flying the Atlantic.  This may seem amazing to the modern reader, but at that time Britain and the USA were in a race for the first passenger plane to cross the Atlantic non-stop.  It was Pan-Am’s Clipper versus Imperial Airways’ Empire.  I think Clipper won, as Cavalier ADUU ended up doing mainly flights down the coast and the Caribbean (day trips to Cuba were very popular, as demonstrated in the musical Guys and Dolls), from its base in Bermuda (‘British’ soil).

Geoffrey was appointed to the flight testing crew for Centaurus, under Captain Egglesfield.  He lists the rest of the crew: Carlos Madge, Paddy Coussans, Philips (a New Zealander) and Geoffrey. He notes elsewhere that one of the main reference books on the Flying Boats gets it wrong!

He also gives the definite pronunciation for Paddy Coussans, also written in other documents (including in Geoffrey’s handwriting) as Cousins.  Paddy Coussans was radio operator for a good many years. His photo appears in the book picking up the moorings for the first flight into Butiaba, and his next ‘appearance’ is as radio officer for the ill-fated Corsair. Geoffrey’s private correspondence with journalists during his retirement indicated that Mr Coussans was pretty much hounded for the ‘real’ story behind the Corsair crash. I think the tape of that event is worth pulling out.

The first clip last five minutes, and is part of his introduction to the posting.  He talks about his job as ‘Purser’ which was a new invention, and stocking the aircraft. His comments about bunk beds and storing them to make sure the aircraft was in trim are interesting. There is an excellent cutaway of the Empire flying boat in the Haynes guide, but it doesn’t label things.  This one from the ancient website Talk Model Toys was posted by user Keith Wreyford, and I suspect the provenance is Dinky Toys. (I saw one of these Dinky Toys come up on Flog It! and I’d have paid at least that much for it). 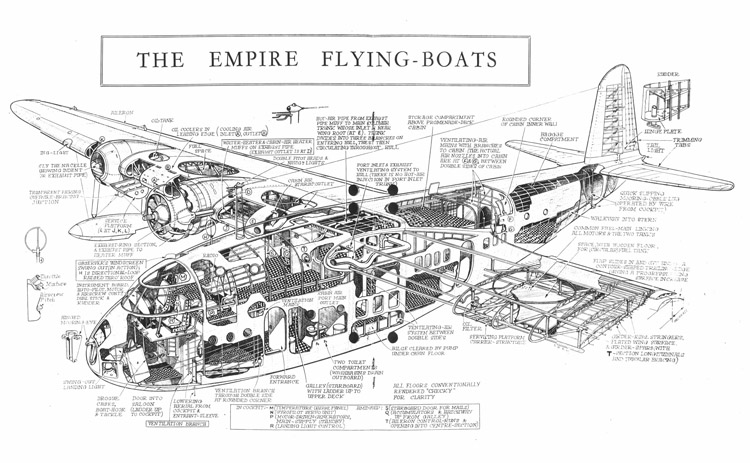 The second clip continues immediately from the first, and unfortunately has a bit of distortion early on. I’ll try to fix that if I can. This is about the main flight tests that he remembers, and includes the comments about the previous boats and the crew which I mentioned above. That takes about 2 minutes then he’s talking about flying out of Rochester, altitude flying and landing.

That clip ends apparently in the middle of a paragraph.  Maybe he overtaped it, but the third clip skips some minor diversion into the past and moves on to Centaurus’s maiden flight to Alexandria, which included diverting to Southampton to pick up the Christmas Mail. We’ll come back to the condition of the crew after the overnight stop in Greece some other time. 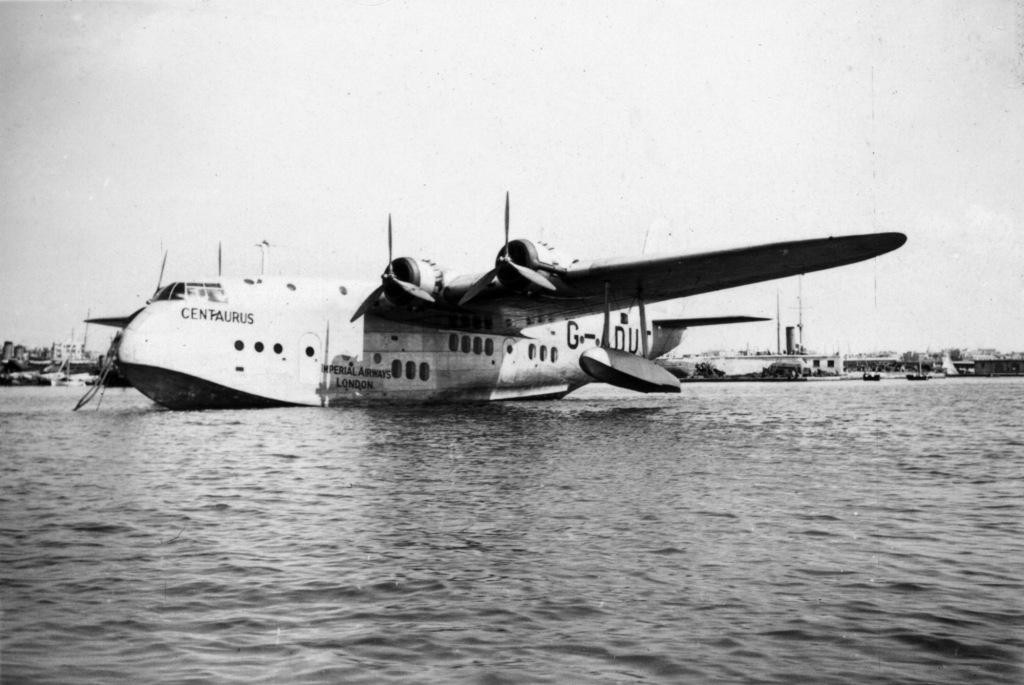